I can do this. I’m young and relatable. This will be fun!

These were my first thoughts as I stared out at a large room filled with freshman girls. I overheard other small group leaders chatting about which girls they wanted, and it felt a bit like choosing teams for dodgeball. Each leader had her preference…anyone but “them. ” I noticed the group of girls – the “thems” – in the back corner, sporting rainbow-colored hair, funky clothing, and intimidating demeanors. I’ll be honest: I had the same nerves the other leaders were feeling. The girls’ hard exteriors looked as though they could withstand any attack, and they would not be easily won. Regardless, I knew I wanted them to be mine.

I became a Christian in summer 2009, just before my junior year of high school. I had been placed in a small group with girls from several other schools, and we had three different leaders in the span of two years. We felt like an afterthought. Because of that experience, I knew I wanted to be present for my group. I wanted to be a consistent presence in the lives of the young women entrusted to me. I didn’t grow up in a Christian home, so I always yearned for someone to whom I could turn. So, I signed up for four years of Wednesday nights, knowing the girls would need me more than one night a week. I made a promise to myself to be available for calls, texts, tears and laughter, bowling, laser tag, and ice cream runs. I wanted to be there for every bit of it.

So, in my brown skirt, button-up blouse, and wedges, I walked over and introduced myself as their new small group leader. Their facial expressions were skeptical, and their disappointment was palpable. I obviously wasn’t their “type,” but I was determined – and, they would soon find out that I possessed a few band tees and a pair of old Chuck Taylors!

In the first year, we grew more than I could have imagined. We gained 15 members, and my initial thoughts were turning out to be true: “I can do this! I am relatable! This is fun!” We were all having a great time. We had a small group outing every six weeks, and I would often meet with girls individually, too. I thought I had it all under control. All the while, though, I had an ugly problem that I refused to accept: my pride.

Before I get too far in and start painting this perfect picture, I’d like to point out a few of the issues my overly-confident, 21-year-old self would have to lead through over the next four years:

Add to that mix one prideful leader who was in over her head, and we had a difficult situation on our hands.

Eventually, things got real for our group. “This is fun” quickly turned into “this is hard.” We were having a great time, but we were also enduring the true trials of life and sin together. I was trying to juggle it all, and I didn’t want any of the girls to feel as though they were slipping through the cracks. I didn’t want them to feel as though they couldn’t come to me. And I definitely didn’t want my church leadership to think I couldn’t handle a small group; I was afraid my cries for help might be interpreted as cries of failure. A part of me believed I could fix their problems for them. I thought, If I’m present enough, if I listen enough, if I’m transparent enough, I can make it all go away.

After months of repeat conversations and troubles, I started to get frustrated, both with the girls and myself. There were moments of breakthrough, but girls were falling away. I felt like all of our conversations were returning void. In dark times, it seemed sin could not be escaped. How could they deal with a school, family, or society that was so demanding for open-mindedness or finding truth through personal discovery? By their junior year, my group of 22 had begun to crumble and my “achievement” felt more like a crash-and-burn. How could I get through to them that acceptance into the eternal family of God was all they would ever need?

I was so worried about holding the weight of their sins and struggles on my shoulders that I forgot what I had been called to do: to point them to Christ, planting seeds with an expectant hope that the Spirit would move within their hearts at the appropriate time in accordance with His will. Christ already held the weight of our sin on the cross.

John 6:44 says, “No one can come to me unless the Father who sent me draws him, and I will raise him up on the last day” (CSB). I forgot that it wasn’t in my power to change their hearts or their circumstances. I had been holding myself as their authority, but I wasn’t continuously praying to the Author of their lives. Instead, I continually rummaged through my repeating thoughts looking for a different outcome. I wasn’t reaching out to my community of experienced small group leaders for guidance and wisdom; rather, I was venting about my shortcomings and inability to fill their holes. I was blinded by my pride and couldn’t look past my own works to see that I needed to lay them at the cross.

“Pride comes before destruction, and an arrogant spirit before a fall” -Proverbs 16:18

Time and again the book of Proverbs warns us against pride. The writer constantly encourages us to seek wisdom in all situations. My pride kept me from seeing that I couldn’t do it all. While I could relate with them on many levels, they were also dealing with things I knew nothing about. Sin didn’t look the way it looked when I was in high school. In seven short years, the world had changed tremendously and I was swimming in a sea of unknowns.

As their senior year came to a close, I was over the moon if simply one girl would show up on a Wednesday night.  Of the original 22, I am in contact with two on a regular basis, and I can’t even describe how much they mean to me. But, I’ve spent the better part of two years feeling like a failure. I often wonder why God didn’t pull me back on that first night. Why didn’t He ask me to reconsider for a time when I would have been better prepared? It is in these moments when I am reminded that through all my failures, God is faithful, and He doesn’t need me to say the perfect thing or know all the answers. He does this intentionally: 2 Corinthians 12:9 says, “But he said to me, ‘My grace is sufficient for you, for my power is made perfect in weakness. Therefore I will boast all the more gladly of my weaknesses, so that the power of Christ may rest upon me.’” Similarly, Paul remarks in Philippians 3:12-14: “Not that I have already obtained this or am already perfect, but I press on to make it my own, because Christ Jesus has made me his own. Brothers, I do not consider that I have made it my own. But one thing I do: forgetting what lies behind and straining forward to what lies ahead. I press on toward the goal for the prize of the upward call of God in Christ Jesus.”

I can’t go back and redo those four years, but I can move forward, praying that God would use the seeds I planted to produce a rich harvest in the future. Success is not ours, but Christ’s. This story is not finished. He is faithful even in (and especially in) our failures.

Jessica Irwin is a musical-loving handy[wo]man born and raised on the outskirts of Nashville, Tennessee. She has a passion for the nations and loves to travel, both domestically and internationally.  As an active servant in student ministry for four years, she delights in encouraging and teaching girls to love God and serve people. 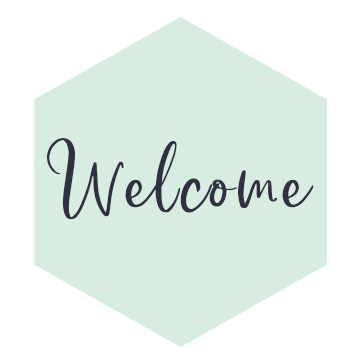